What are the different types of tattoos, and which one is right for you?

What really is this thing people refer to as a tattoo? Is it the same drawings, writings and markings we used to make on our bodies back in kindergarten using ink pens? Well, to answer that, let us check on the definition of a tattoo. 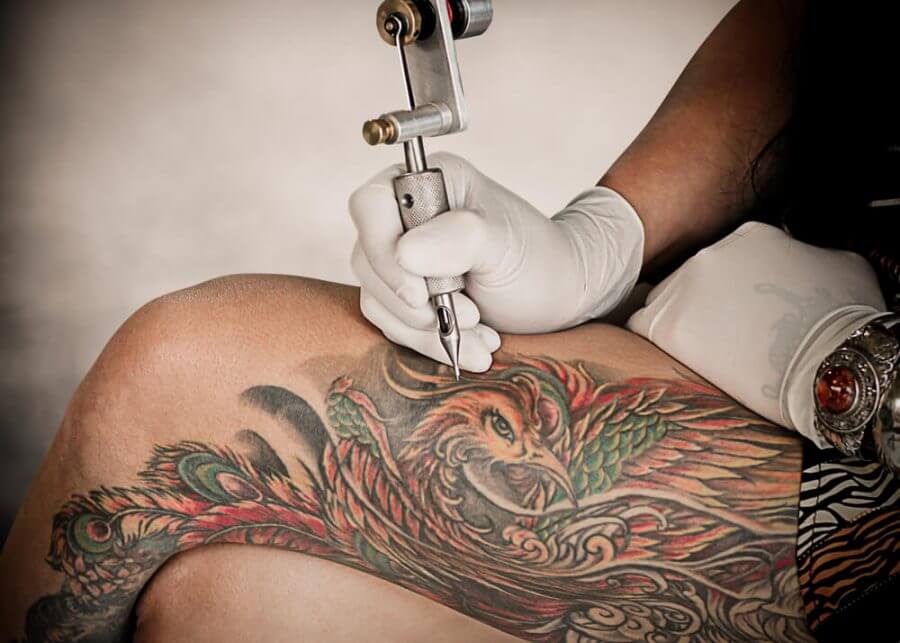 A tattoo is a kind of deliberate alteration of the physical appearance of a human being. It involves you being injected with a pigment under the skin. This pigment is visible on the skin surface making interesting shapes or even words. This pigment is usually introduced on the dermis layer of the skin. These words or interesting shapes appear as decorations on the skin hence the term ‘deliberate’ and ‘alteration.’ It is totally out of your own will and consent that the markings are made. When you settle on a tattoo, you should be aware that some of these tattoos are permanent. Permanent in what sense? Well, some tattoos cannot be simply erased as you would in the case of pencil drawings on a piece of drawing book. It becomes part and parcel of you. On the other hand, some tattoos are temporary meaning you can as well erase it once you no longer desire it.

Are injuries also form of tattoos?

I am very much convinced that you will rarely lack a mark on your body that resulted from an injury. A scar as it is commonly referred to as. Yes. These scars also are categorized as tattoos. This is very clear right from the definition of a tattoo stated above. However, besides the scars, there are also other types of tattoos which include the following;

This is a common practice especially among militant groups or gangs. The militants or gang members are subjected to the tattoos by force as a way to show their loyalty and dedication to their groups. I would not really call it ‘forced tattoo’ since most of these individuals opt to join the ‘dangerous association’ on their own will. 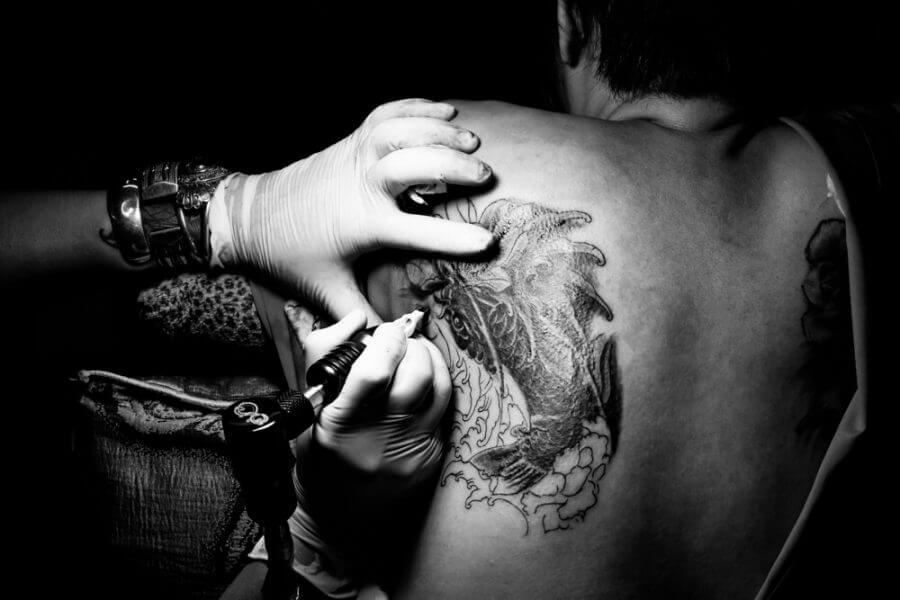 They are aware of all what the gangs entail and therefore the tattoos do not come to them as a surprise. My only exemption, who I may say undergo forced tattoos are those who are abducted and forced to join the militia.

As the word cosmetic implies, these are tattoos used majorly as a form on beauty or to make you look ‘more attractive’.  These are the most common forms of tattoos especially among the youth. 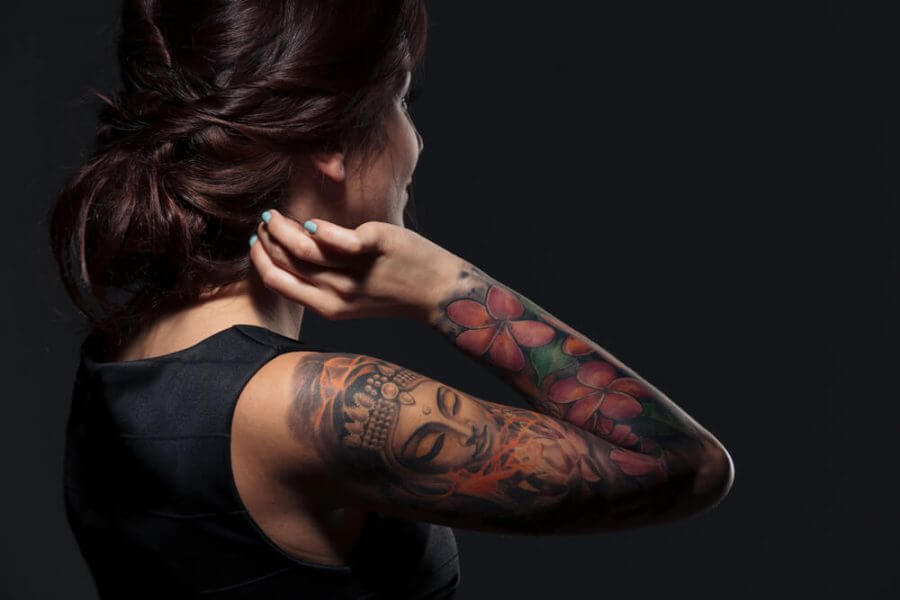 Tattoos may be used to cover a disorder of the skin pigment known as vitiligo. In instances where one has to be subjected to repeated radiotherapy, marking may be made on the body to show the exact location of instruments used during the procedure. 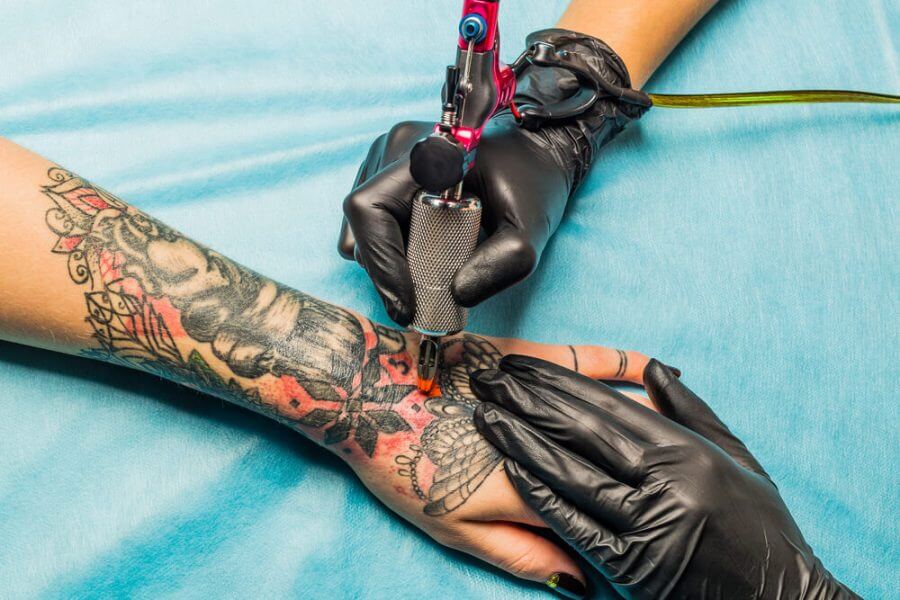 Medical information about the wearer of a tattoo may be conveyed using these type of tattoos.

These occur when wounds are subjected to substances such as asphalt or gunpowder. When these substances are rubbed on a wound on your skin. They cause a discoloration that affects numerous layers of the skin. This discoloration is usually permanent. These tattoo type is common among quarry or mining site workers.

These tattoo are used as an indication of either of the following;

The meaning of these type of tattoos varies according to the culture of the involved people. Let us say, in my community a tattoo of a ‘vulture’s feather’ for instance, may indicate an outcast while in your community it is a mark of a respected warrior. 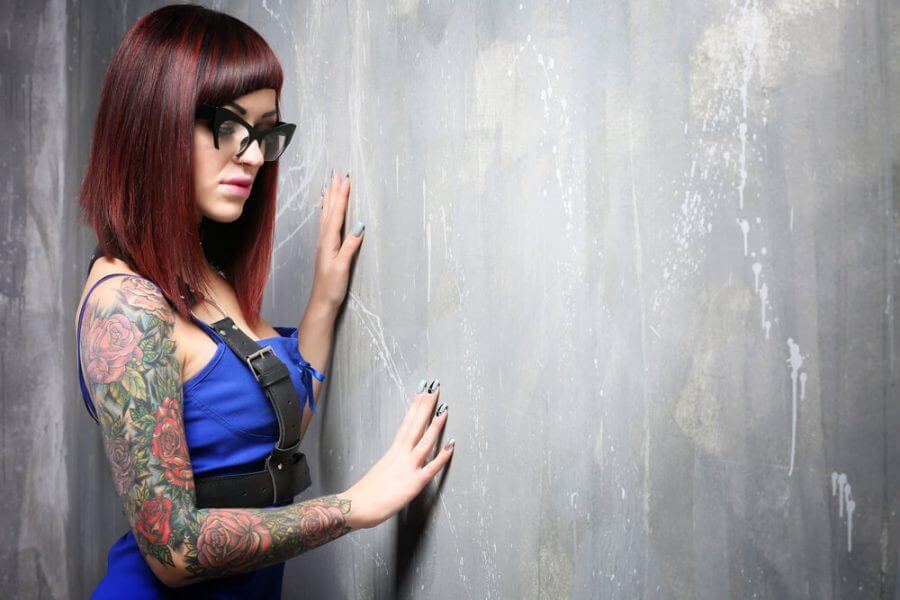 Am left wondering, what if the outcast from my community with the tattoo comes to your community? Does he or she attain the warrior status? That is food for thought.

How long does a tattoo last?

You wanted a tattoo for your skin very badly. But on deeper thinking and reasoning, you are no longer sure if this is what you really want. You are no longer sure you want it for the rest of your life. This is a very common situation that most individuals find themselves in especially among the ‘first-timers.’ 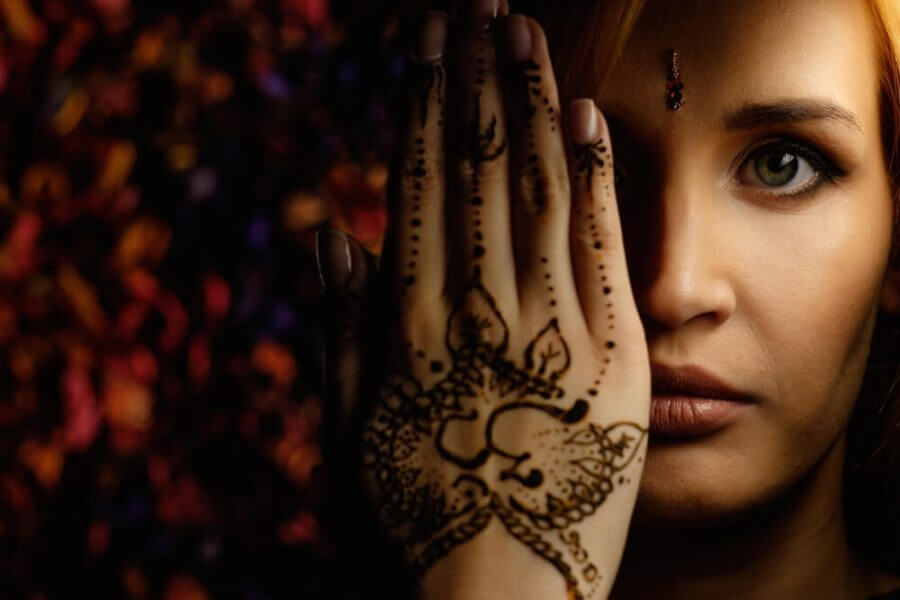 My advice for you would be this; do not make tattoos when not emotionally stable. What this really means is this. Do not let you emotion, which is bound to change after a while, lead you to make a decision you will have to live with long after the emotion ‘wears out’. Do not let your frustrations lead you into the tattoo shop to have a skull tattoo on your arm. Instead, settle down and make the decision when you are calm. You might take the tattoo only to regret it later when you are emotionally okay. However, in cases where you are not fully convinced on whether you need the tattoo, a temporary tattoo comes in handy. These temporary tattoo are also ideal when you are unable to let your emotions subside before having the tattoo. These temporary tattoos do not last for a very long period. Picture yourself standing in front of a mirror all covered up in tattoo and after sometime in front of the same mirror with the skin clear. Dynamic. Is it not? The period it lasts depends on the specific tattoo type. The following tattoos may be removed very easily;

Typically, these form of tattoo lasts only a couple of days say 2 – 3 days enabling you to ‘erase’ them before they bore you.

For the next two or so months after you have your tattoo done, the skin repairing process begins and some ink may be lost during this healing process. However, the loss is not that much significant in that most of the ink is trapped in the boundary region between epidermis and the dermis. In this area, the ink can remain for the rest of your life provided no serious damages is experienced to the dermis region where the tattoo is.

Can you get a tattoo removed?

The answer is yes. You can actually get a tattoo removed from your body. At least a quarter of people with tattoos are not comfortable with them and would like them removed. A technique known as Laser tattoo removal may be used to remove the tattoo in question with minimal side effects. 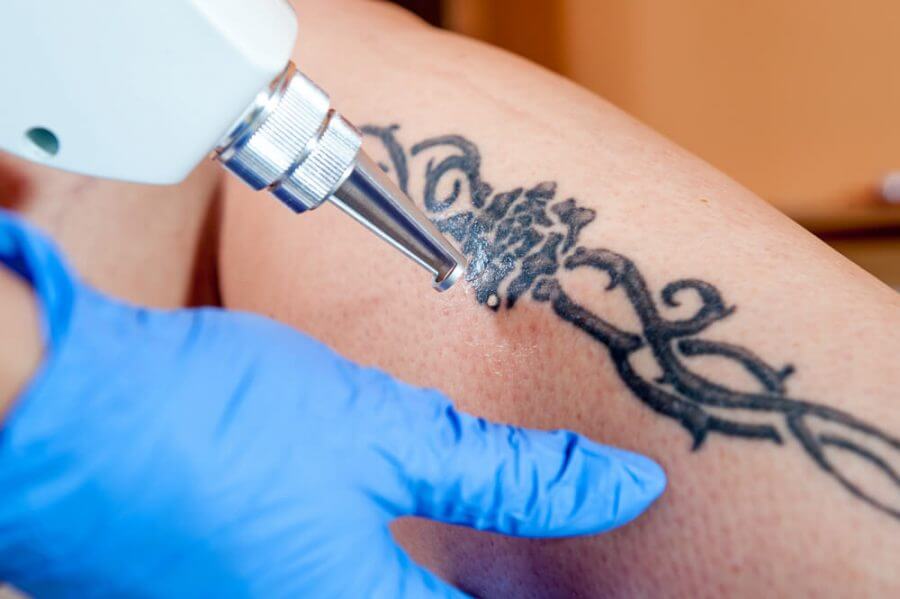 How removal of a tattoo is done 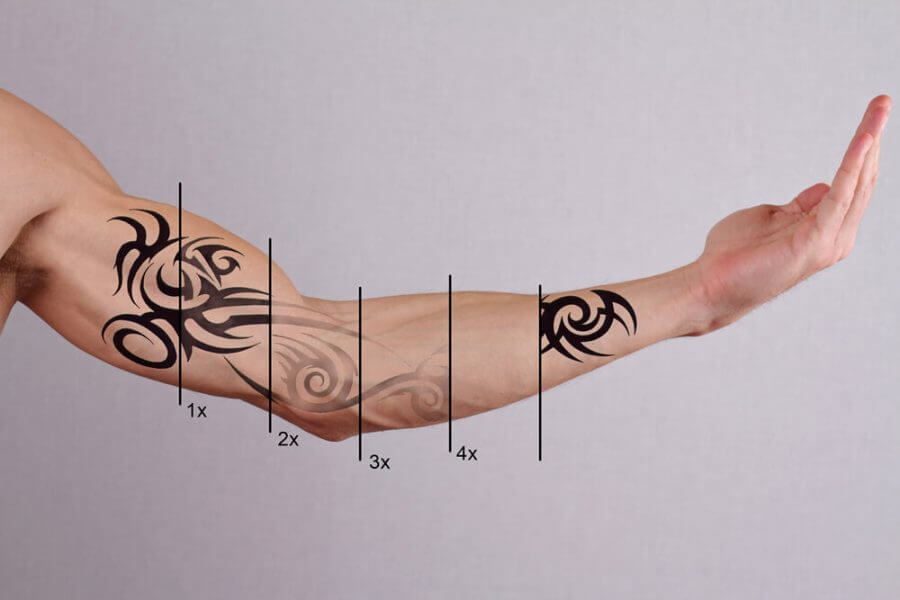 A consultation with an expert is advice before starting tattoo removal process. This expert examines your tattoo and advises you on how to go about the entire process. A number of treatments may be necessary to remove the tattoo depending on:

The process of removing a tattoo using laser is rather uncomfortable but anesthesia is not very necessary. It is important to find a reputable doctor to ensure you get proper treatment and care. Advisably, you may opt to visit a cosmetic surgery center.

How much does getting a tattoo cost?

As with many services or commodities over the world, the tattoo prices are not constant. These prices vary according to the following:

When it comes to beginners in the field of tattoos, a lot of time is spent choosing the design of the tattoo while still trying to ensure the price is within your financial ability. Most people are left puzzled up when the artist pops up the question, ‘how big do you want the tattoo to be?’ The size of the tattoo should be majorly based on the desired design and the opinion of the person being tattooed. Size comes in play in the following instances:

10 Of The Coolest Tattoos We Found

When we dived deep to search on the coolest tattoos ever come across, the following tattoos were undisputedly the coolest:

5 Tattoo Ideas For You

Most people go for tattoo ideas that are easy to understand and require no background knowledge. The choices made are more often than not inspired by some events that took place in their lives. Do not make rush decision when it comes to selecting a tattoo design. The following ideas may help you make up your mind on just the perfect tattoo for you; 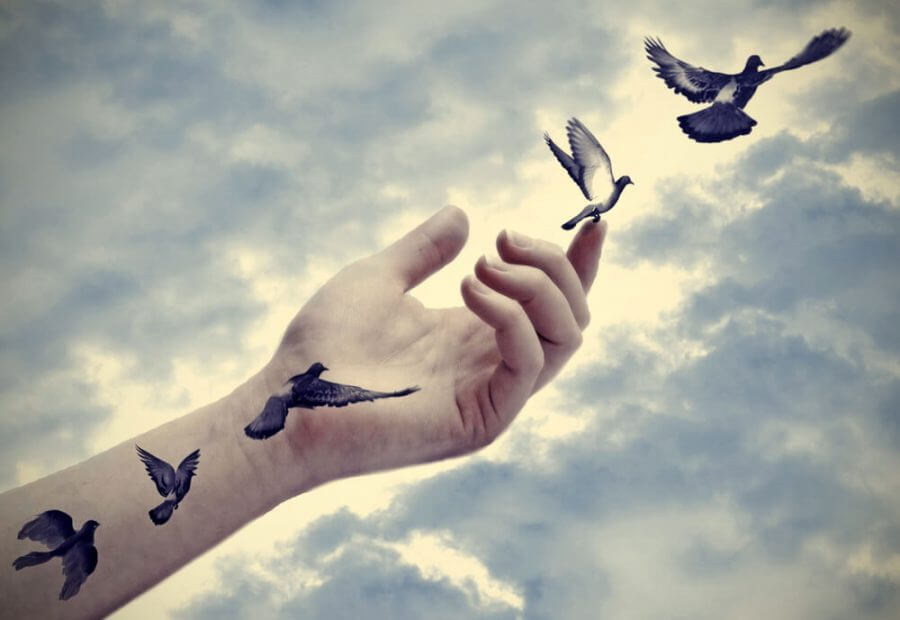 Where Is The Best place To Get a Tattoo?

Most people would prefer a tattoo that is located on a part of the body that is visible to almost all people. Would you want a tattoo that nobody else could see? Personally, I would not go for such a tattoo. Here are some awesome ideas on best location to that that tattoo that you dream of.

If you are looking to go for a tattoo, I would advise that you place it on a skin part that has minimal movement. The collar bone is ideal for this whereas the stomach skin which has a lot of movement should be avoided. Tattoo on skin areas that move a lot do not look very attractive as ones in less moving areas

How To Use Tattoos To Show Your Personality

When you have a meaningful tattoo tattooed on your body, it reflects your very own personality. Introverts are already happy with tattoos that though small are creative and sometimes even have sad quotes.